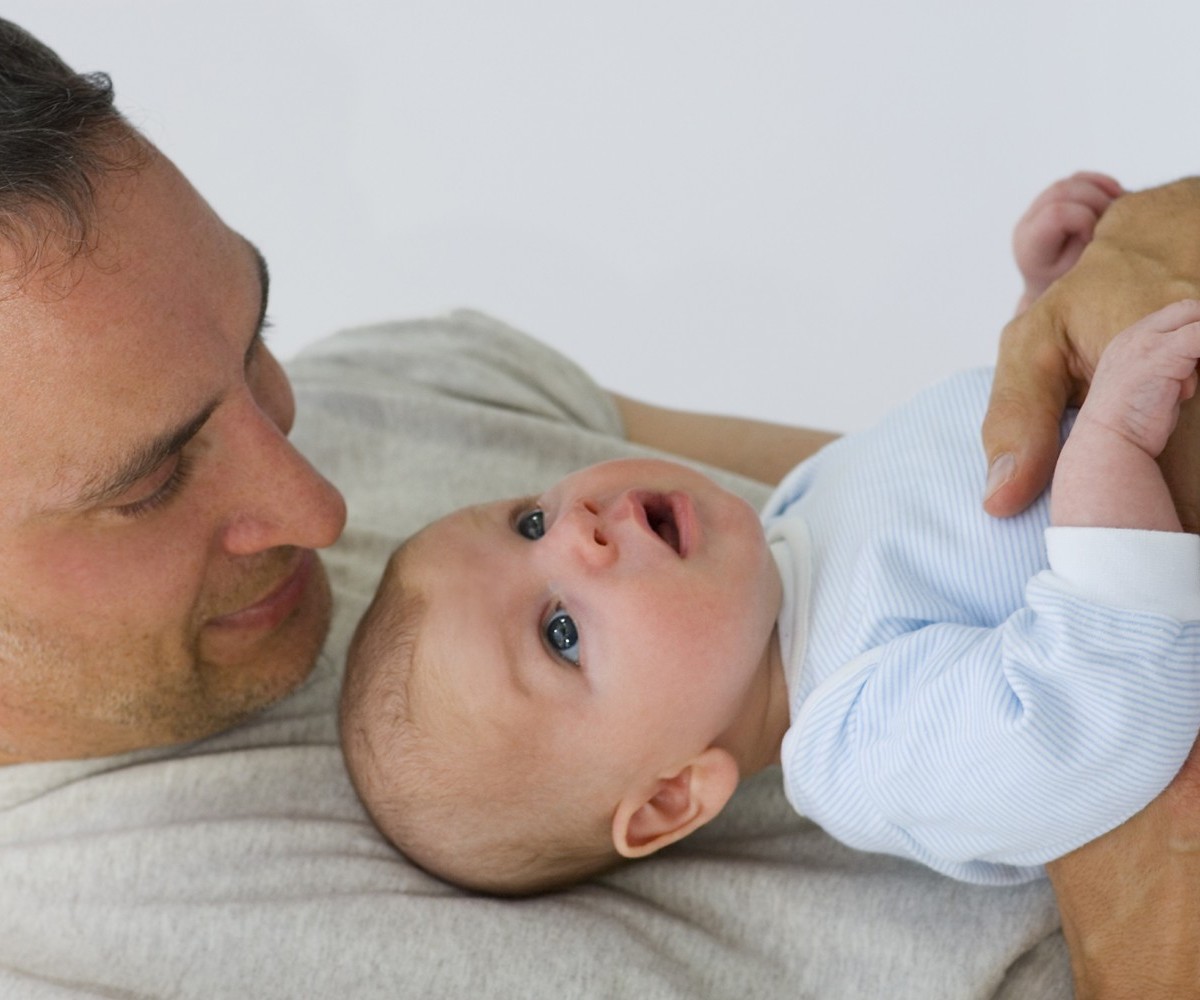 The oocyte can only be fertilised once a month in the middle of the female cycle. This is known as the period of ovulation and corresponds to the moment when an ovum comes out of the woman's ovary. After its release from the ovary, the ovum will only live for 24 hours.

The quality of the sperm is a crucial factor in this process.

Sperm is produced by ejaculation during intercourse and is made up of approximately:

In contrast to a woman, who is born with all the ova she will have during her lifetime, a man constantly produces new spermatozoa. His store of spermatozoa is renewed roughly every 72 days. A man produces almost 100 million spermatozoa per day.
Between the moment the sperm is ejaculated and the moment the ovum is fertilised, the spermatozoa will first have to climb the mucus that is present on the cervix at the time of ovulation, then swim up the Fallopian tubes using their flagellum. Considering the size of a spermatozoon (0.07 mm long), this would be the equivalent of a human travelling from the earth to the moon. The swimmers travel at 50 micrometres per second. The journey will take the most agile spermatozoa 45 minutes, whereas the slowest will need 12 hours. 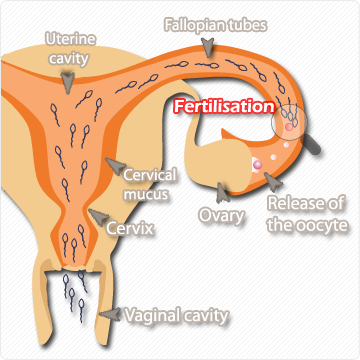 Several tens of millions of spermatozoa arrive at the cervical mucus but only a few thousand of them will make it to within range of the ovum and only one will finally manage to fertilise the oocyte. This selection depends on the spermatozoon's ability to move (its motility) but also on its morphology which allows it to pass without difficulty through the filtering mesh of the cervical mucus.

When they reach the ovum, the surviving spermatozoa try to forge a path for themselves. To do this, they hit the surface of the ovum with their acrosome. This mini chemical bomb made up of active enzymes dissolves a part of the ovum's protective outer layer to create an opening. The chosen spermatozoon threads its way inside, whipping about with its flagellum. Once it has penetrated the ovum, the door closes again to prevent any other spermatozoon from entering.